Cambridge, UK, November 28, 2017 – International TechneGroup Limited (ITI) is pleased to announce the availability of a new case study about the Imperial College of London Department of Aeronautics and their collaborative project with London Computational Solutions, Ltd. (www.lcs-fast.com) on the Elemental RP1 racecar (www.elementalcars.co.uk). The project involves advanced mesh generation and the simulation of flow dynamics around the complex geometry of the Elemental RP1 racecar, a lightweight, street-legal track car with more than 500 bhp/ton that produces 500kg of downforce at 150 mph.

The Elemental RP1 is a street-legal racecar

The Imperial team, using the NekMesh meshing software, and with the support of ITI’s CADfix team for geometry handling, preparation and integration expertise, successfully applied specialist high-order CFD meshing and analysis in what is believed to be the first high-order flow simulation for a complete car geometry. The Elemental RP1 racecar is also considered to be one of the most complex geometries attempted with high-order CFD methods.

“CADfix helped us simplify and prepare the CAD geometry to achieve the representation necessary and meet the required quality for CFD,” stated Dr. Joaquim Peiro, Imperial College of London Department of Aeronautics. “The automatic features in CADfix made the job of cleaning up the geometry easier than it is with other systems.”

In addition to using the CADfix interactive product to handle the CAD model geometry for CFD analysis, the Imperial team also took advantage of the powerful CADfix geometry engine and its extensive application programming interface (API). A direct integration between the CADfix geometry engine and the meshing systems utilized by the Imperial team was rapidly developed. Access to the ITI CADfix developers, with their expertise and willingness to support the Imperial team, was highly beneficial and led to a very successful collaboration. Whereas alternative CAD API libraries can be complex in their approach, the CADfix API facilitates the necessary level of interaction in a simple and clean way.

“CADfix has a very clear purpose: to allow the clean-up of CAD geometry for downstream applications,” stated Michael Turner, Imperial College of London Department of Aeronautics. “For CAE engineers facing the challenge of translating and adapting general CAD definitions to something suitable for flow simulation, CADfix is the right tool to use.”

The NekMesh team at Imperial has worked with other organizations on related activities and sees an increased interest in this high-order meshing and analysis methodology. As Dr. Peiro concludes, “The collaboration with ITI shows that it is feasible to set a marker for what can be achieved if the right elements of CAD, mesh generation, and flow solutions fit together strategically. I envision that over time this new technique that applies capabilities of CADfix and high-order elements could help break some of the bottlenecks that exist within traditional aerospace or automotive companies who aim to achieve efficient CFD. In the longer term, I believe this technique will become routine in industrial settings.” 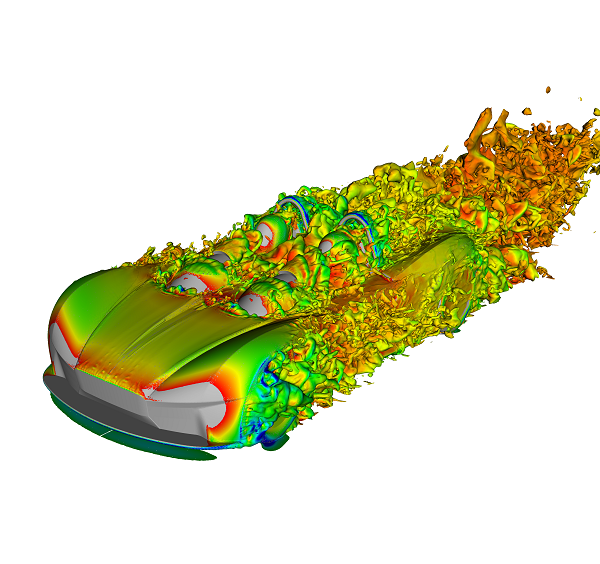 CFD simulation of the Elemental RP1