Milford, OH, January 7, 2013 – International TechneGroup Incorporated (ITI) announced today that its technology has received a prestigious national award from the Department of Defense.  Deployed for the Air Force Research Laboratory at Wright Patterson Air Force Base, the Customer/Supplier Interoperability (CSI) program was recently presented the Defense Manufacturing Technology Achievement Award at the Defense Manufacturing Conference in Orlando, Florida. The award is given annually for outstanding technical accomplishments which further the achievement of the Department of Defense (DoD) ManTech (Manufacturing Technology) Program.

The CSI program addresses defense supply chain inefficiencies associated with technical data exchanges. CSI technologies will result in projected cost savings of approximately $22 Million per year for three major defense manufacturers involved in the pilot and approximately $50 Million per year when fully adopted by all supply chain members in a large defense acquisition program. With major programs exceeding 20 years in duration, projected savings are over $1 Billion.

“Return on Investment seems to have been a deciding factor in receiving recognition for the CSI program,” states Mike Lemon, CEO of ITI, “Validating design data before it is sent to manufacturing and suppliers saves significant time and money downstream. By providing clear ROI in today’s cost cutting climate, ITI continues to grow and undoubtedly that is the reason the project team was recognized.”

ITI has pioneered several enabling technologies for supporting global manufacturing and computer-aided product development.  The company is recognized globally for dramatically improving development productivity and driving down costs for major OEMs. Founded in 1983, ITI is now celebrating its 30th year with over one hundred professionals employed around the world.

Before starting ITI in 1983, the late Dr. Jason Lemon was an associate professor of Engineering at the University of Cincinnati and from there launched the Structural Dynamics Research Corp in 1967.  SDRC was acquired by EDS and eventually by Siemens PLM, still located in Milford, Ohio. 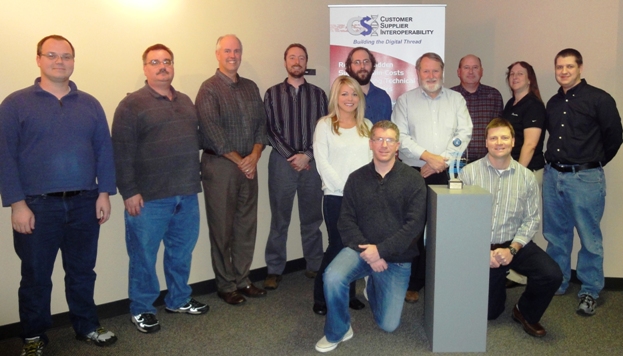 For further information, please use the ITI Contact Page or the below information: